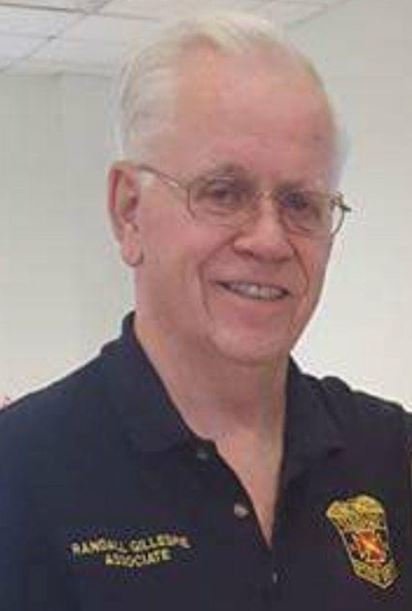 Randall C. Gillespie passed away with his wife at his side on Tuesday, August 4 at the age of 77. He was born December 22, 1943 in Raven, VA to parents Kate and Samuel Gillespie, along with his two brothers Claude and Charlie and sister Laura. Randy met Arleen Van Demark while he was working as a police officer for the Metropolitan Washington Airport Authority (MWAA) at the Dulles International Airport when she was a volunteer for Travelers' Aide. They married in 1978 and started a remarkable journey together working in the US government, ending with incredible awards presented to both for their outstanding work efforts. Randy enjoyed spending time at their cottage in the Outer Banks of North Carolina where he enjoyed watching the Dallas Cowboys and fished every chance he could get. His wife, Arleen, succeeds him, as well as his sister, Laura Tiller. Randy cherished 42 years with his dear wife Arleen in northern Virginia where they lived all of their married lives. After retiring from MWAA, Randy became an avid member in both the Virginia Fraternal Order of Police and the Sterling Volunteer Fire Company. If you would like to make a memorial gift, please consider donating to the Sterling Volunteer Fire Company www.sterlingfire.org

Share Your Memory of
Randall
Upload Your Memory View All Memories
Be the first to upload a memory!
Share A Memory
Send Flowers