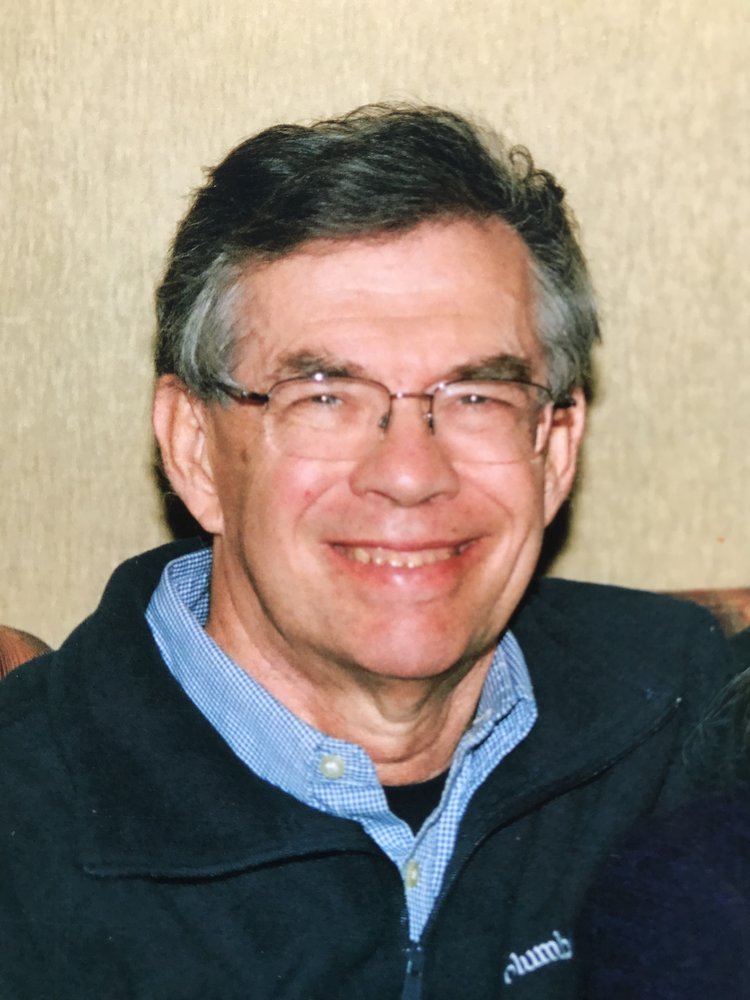 Raymond Paul LeBeau, Sr., 77, of Sterling, Virginia, passed away on Sunday, August 2, 2020, from pneumonia and a decade-long fight with Alzheimer’s.  His lifetime of service to his country, community, and family will be forever cherished by his wife and lifelong love, Helen M. LeBeau; his two grateful sons, Raymond Paul LeBeau, Jr., and Francis William (Bill) LeBeau, and their families, as well as the family of his brother, Robert A. LeBeau.

Born on April 18, 1943, in Pawtucket, Rhode Island, as the oldest child of Wilfred and Annabel (nee Pearson) LeBeau, Ray attended Central Falls High School, where he met his future wife Helen, and where he excelled in the classroom and a wide range of activities, including becoming an Eagle Scout.  He became the first in his family to attend college, graduating in 1965 from Brown University in Providence, Rhode Island, where he played both football and lacrosse.  Though unable to follow his father into the U.S. Navy because of medical considerations, Ray took his Bachelor of Science in Mechanical Engineering to one of the Navy’s leading experimental facilities -- the David W. Taylor Naval Ship Research and Development Center in Carderock, Maryland.  There, he commenced a 41-year career during which he received a Master’s degree from Catholic University in 1970. During his career, he led or contributed to numerous projects, ranging from the design of landing craft to cutting-edge programs in logistics, supply and maintenance, as well as serving as an equal employment opportunity counselor.  He completed his professional career in 2006 as the F/A-18 Technical Assessment Lead at the Carderock Division of the Naval Surface Warfare Center

Despite his commitment to work, however, Ray’s most profound love was for his family, and he was untiring in his willingness to support his wife and his sons’ activities and in his care of his parents during their final years.  He and Helen commenced their 53 years of married life together on July 8, 1967, in Central Falls, Rhode Island. The following May, the happy couple celebrated the birth of Ray Junior, and, two years later, the family welcomed their second son, Bill.  The family settled in Sterling, Virginia, ultimately moving from Sugarland Run to a house that Ray largely designed and built to be a model of energy efficiency, including the then-novel use of home solar panels.

As his boys entered school, Ray became increasingly active in his growing community, including becoming one of the first Packmasters of a new Sugarland Run Cub Scout Pack, and serving in various roles with his sons’ Boy Scout troop.  Ray also volunteered to guide his sons’ baseball, basketball, and soccer teams, ultimately coaching more than 20 seasons (as well as many all-star teams).  In 1986, the Sterling Youth Soccer Association (the predecessor of the now Sterling Soccer Club) honored his enduring commitment with its Award of Excellence, both for his work on the field and in building the organization from its genesis in 1976.  In addition to these community pursuits, Ray also volunteered to teach religious education (among other roles) at Christ the Redeemer Catholic Church, where he and Helen have remained parishioners for more than 45 years.

Ray’s inspirational love and legacy will be celebrated in a funeral service at 1:30 p.m. on Friday, August 7, at Christ the Redeemer Church in Sterling, which will be preceded by a visitation period beginning at 12:30 p.m.  Ray will then be buried at 3 p.m. that afternoon at Chestnut Grove Cemetery in Herndon. In lieu of flowers, donations may be sent to the Fisher Center for Alzheimer’s Research Foundation in an effort to continue Ray’s long fight against Alzheimer’s: https://www.alzinfo.org/donate/donation_form/

Share Your Memory of
Raymond
Upload Your Memory View All Memories
Be the first to upload a memory!
Share A Memory
Send Flowers