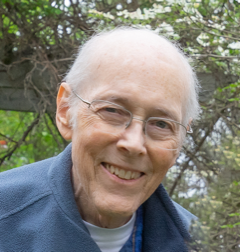 On August 7, 2020, Roger Paul Engdahl, passed away peacefully near his home in Herndon, Virginia. Born in Grinnell, Iowa, on May 2, 1938, Roger was defined by liveliness, kindness, curiosity, and humor all his life. Roger was proud to be a church member and leader and drew such joy from his friends at Herndon United Methodist Church, including a beautiful parting prayer from his pastor. His wife and high school sweetheart, Janet, was by his side throughout all his many journeys, from annual family camping trips with their children to fishing trips in his homemade kayak to many-week excursions across the country in their motor home. Always a doting grandfather, he dedicated hours to puzzles, ping-pong, and 10-year-old trips and was thrilled by phone calls from the youngest, little Austin and Holdyn Engdahl (newborn and two-years-old). Generous and gifted, Roger could often be found constructing, wiring, rigging up, or renovating as he volunteered his time to Habitat for Humanity, his church, and his beloved family. He is survived by his wife, Janet, his two brothers Ralph and David, his four children and their spouses Stephen (Heather), Kris (Dan), Martha (Tom), and Rick (Audrey), his twelve grandchildren Karl, SaraBeth, Kimi, Emily, Knut, Katja, Sylvie, Kerstin, Robin, Elvy, Holdyn, and Austin, as well as two great-grandchildren, Hayden and Ryleigh. Roger is missed but held in loving memory. May he rest in peace and rise in God’s glory. The family requests no flowers or donations but rather asks friends of Roger to be kind to others and find moments of gratitude.

Share Your Memory of
Roger
Upload Your Memory View All Memories
Be the first to upload a memory!
Share A Memory
Send Flowers