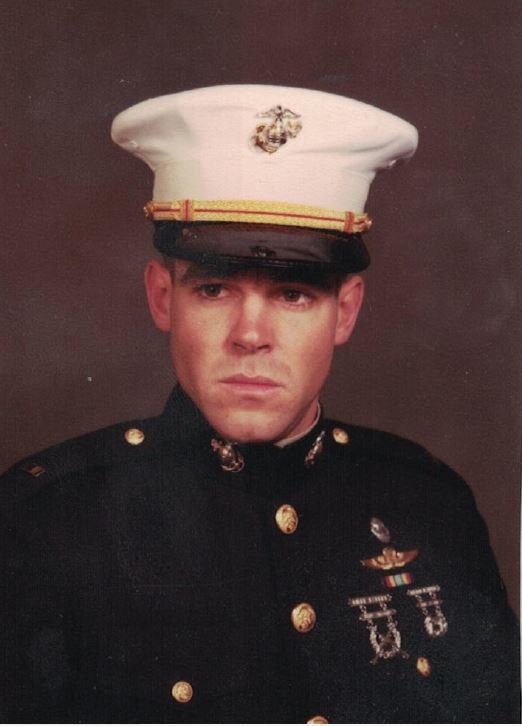 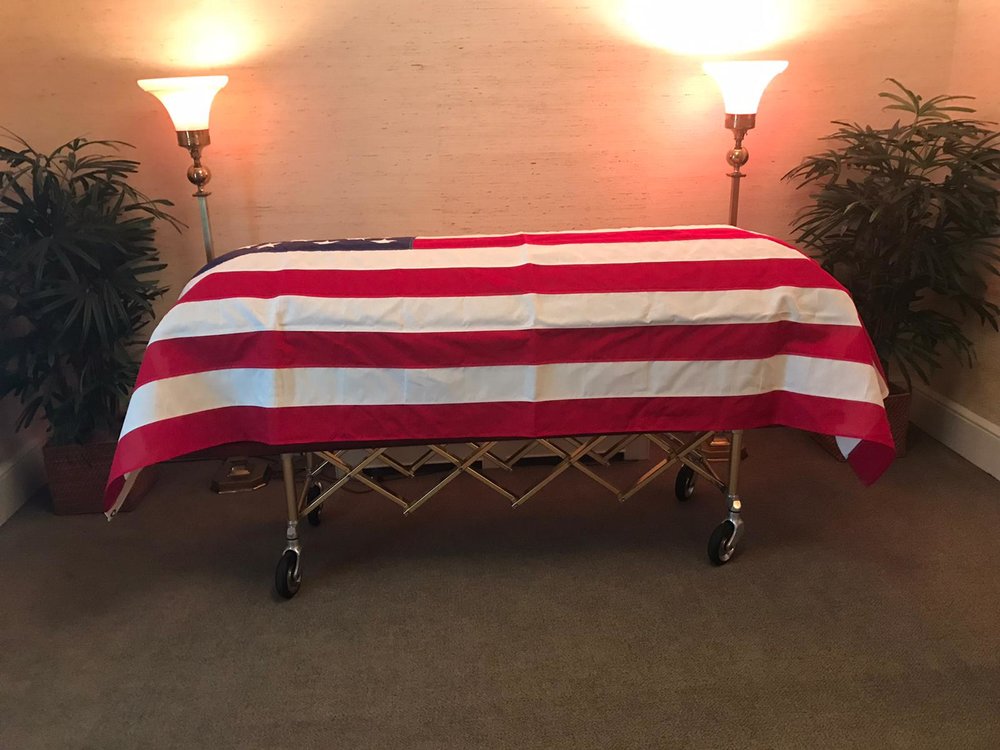 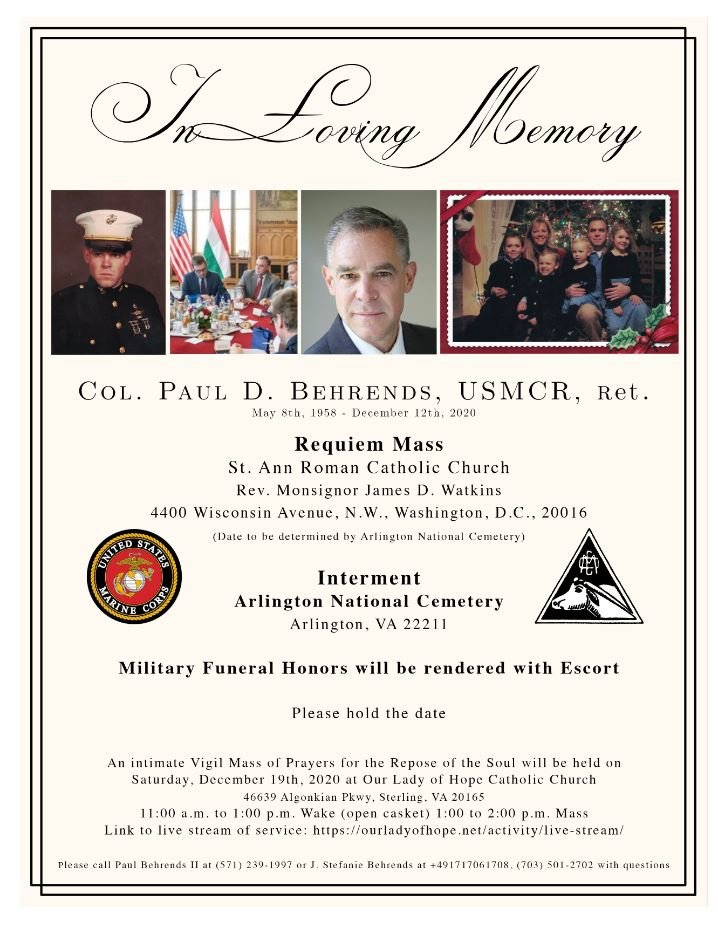 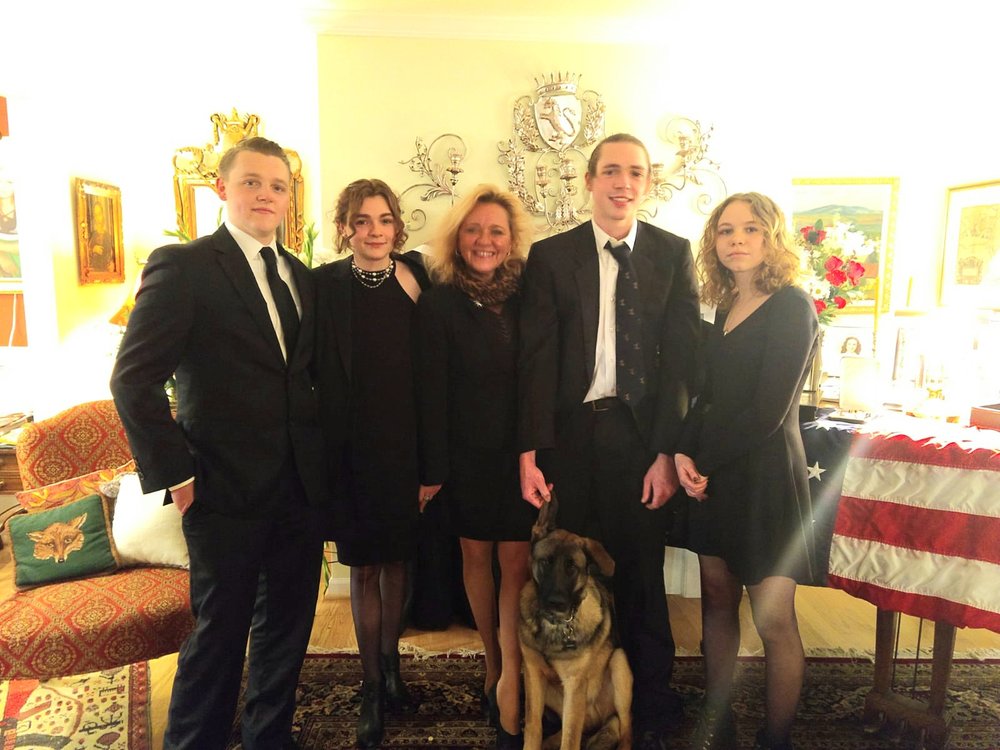 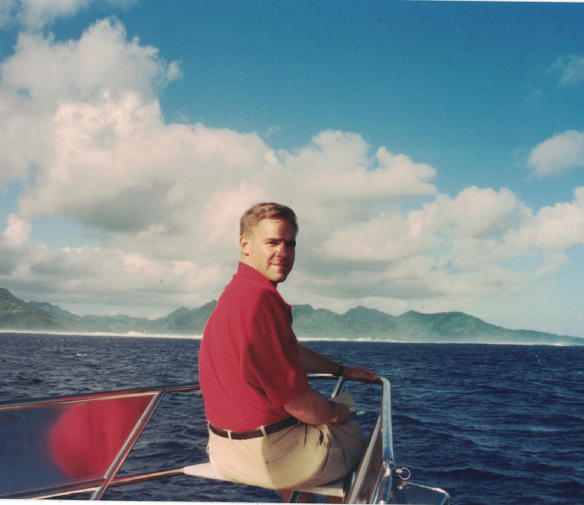 Memorial Donations may be made in Colonel Behrend's Memory to assist his children's educational futures.

Col. Paul . Behrends was a Partner with R&B Strategies, LLC. R&B Strategies is a full-service public affairs firm with decades of government experience in the Legislative and Executive branches of government. R&B focuses on clients in the technology, science and space, public policy and foreign affairs sectors.

From 2014 – 2019 Mr. Behrends worked in the House of Representatives initially as Staff Director of the House Foreign Affairs Subcommittee on Europe, Eurasia and Emerging Threats and then as Deputy Chief of Staff, Office of Rep. Dana Rohrabacher (R-CA).

Mr. Behrends is a former Member of the Inter-American Defense Board, has participated in exchange programs with the British Royal Marines, attended 20 formal military schools including Amphibious Warfare School, Command and Staff College, Navy Dive School and Airborne School.

During the breakup of former Yugoslavia he served as Deputy Operations Officer (DJ-3) of Joint Task Force Provide Promise (Forward) based in Zagreb, Croatia where he was also assigned to the Disaster Area Response Team (DART) at the U.S. embassy (AMBEMB Zagreb) and was Liaison to the United Nations Protection Force (UNPROFOR). Mr. Behrends has trained with over a dozen foreign militaries, been awarded the German military airborne insignia and the Defense Meritorious Medal among other awards. Mr. Behrends went inside Afghanistan with the Mujahedeen in 1985 and observed the Contras inside Nicaragua in 1987.

Mr. Behrends is an alumnus of the American-Swiss Foundation Young Leader Program and the French Foreign Ministry of Foreign Affair’s Future Leaders Invitation Program.  He also participated in numerous election observation missions, including as a member of the International Republican institute’s delegation monitoring the 1993 election in Cambodia, the 2004 Afghan Presidential election, and the Organization of American States sponsored him as an observer to the 2009 Salvadoran Presidential elections.

Share Your Memory of
Col. Paul D.
Upload Your Memory View All Memories
Be the first to upload a memory!
Share A Memory
Send Flowers