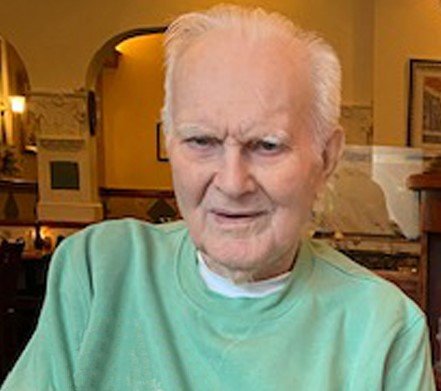 Frederick William Klinefelter (Fred) 91 of Herndon, Virginia passed away on Sunday, December 20, 2020 peacefully in his sleep after a prolonged battle with pneumonia.  He was born in York, Pa. to Frederick and Helen Klinefelter on February 21, 1929.  A Penn State Forestry Graduate, he immediately went to work for the US Geological Survey as a Cartographer.  Within three months, he was drafted by the US Army to assist in mapping intel primarily in Germany.  He returned to his position with the USGS and spent the next 40 years mapping and surveying many areas of the United States, many of these topo maps are still in use today. He accepted a permanent position at the Reston Office of the Geological Survey in November 1975 and prior to his retirement in May of 1994, he helped convert those maps onto a computer system which a lot of our newest Waze apps, and Google maps use to get us from place to place.  He was an active member of Herndon United Methodist Church and served in many different leadership roles over his years in Herndon.

A service will be held at Arlington National Cemetery at a later date.  In lieu of flowers, memorial donations may be made in his name to:  Herndon UMC - Endowment Fund   701  Bennett Street, Herndon, VA 20170

Share Your Memory of
Frederick
Upload Your Memory View All Memories
Be the first to upload a memory!
Share A Memory
Send Flowers