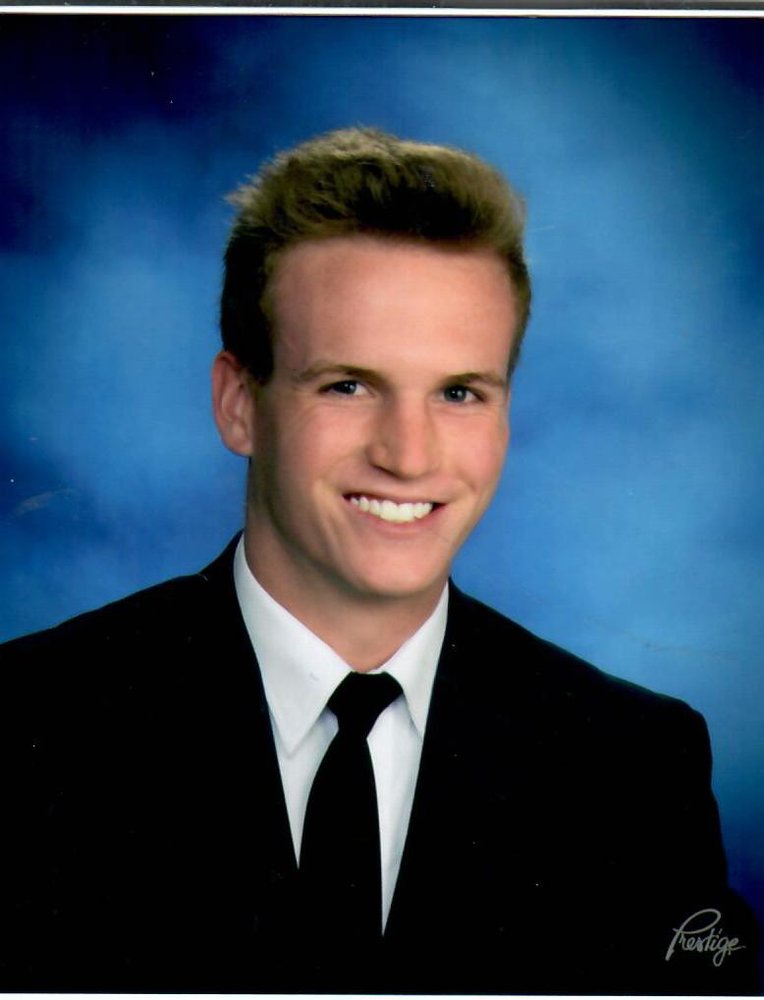 Patrick David Byrne, age 21, died this past weekend, August 1st, in a swimming accident at Lake Anna in Mineral, Virginia.  Patrick came into this world in the early morning hours of September 20th, 1998 at the Balboa Naval Medical Center in San Diego, California.  He moved with his family when he was five years old to Vienna, Virginia, where he began his education at Colvin Run Elementary School.  Upon graduation from Colvin Run he continued to Cooper Middle School and then on to Langley High School.  Patrick proudly graduated with the Class of 2016 and then attended Mount Saint Mary’s University in Emmitsburg, Maryland.  Upon completion of his first year, Pat decided the academic life was not for him and he returned home to Vienna and began his working life.

While in school Patrick proved to be a talented athlete who will be remembered for his basketball prowess and his natural baseball skills.  Some of his fondest memories were of playing high school baseball against Langley’s archrivals and perennial powerhouses.  In the winters he played and coached basketball with local McLean intermural teams where he met some of his closest friends.  During his high school summers, when he was not working as a lifeguard at the Water Mine Water Park at Lake Fairfax Park (Vienna, VA), he was playing baseball as a pitcher and center fielder for the Virginia Patriots travel team.  During their travels throughout the DelMarVa region, playing in tournaments, the Patriots had some memorable successes, and this may have been the apex of Pat’s baseball career.

Outside of school, the Byrne family took ski vacations beginning when Pat was just over one year old.  A natural skier he took to the snow and slopes from his earliest days in southern California.  With friends and families, he enjoyed many a hair-raising rush down the ski trails of Big Bear, Big Sky, Mt Bachelor, A-basin, Vail, Breckinridge, Mt Snow, Brian Head, to name just a few. His fun-loving skiing antics will be greatly missed.

More recently, Patrick worked as delivery driver for Deli Italiano restaurant in Great Falls, VA.  He had just passed his third-year anniversary at the “Deli” where once again he had made a number of friends with his co-workers.  His work schedule suited Pat and gave him ample opportunity to visit with friends, which is what Patrick loved to do most.

Patrick was a friend to many people whom he encountered throughout his life’s journey.  Perhaps his greatest asset was his outgoing, fun-loving personality, which made it easy to be his friend.  Classmates from his school days, teammates from his sports days, co-workers from his jobs, and even friends of friends made up the constellation of his network.  I am sure all will sorely feel the loss of our Patrick and keep him in our thoughts and prayers.

As the Irish are known to say, “He was too good to live,” and he has left us too soon.  He will always be in our hearts and we take solace in knowing he died doing what he loved, and he was with friends.

And as the Californians say… Vaya con Dios.

In lieu of flowers, please consider a donation to the charity of your choice.

Due to the pandemic limiting our ability of having a large gathering, the family is planning on having a Celebration of Life at a later date  when it is safe to do so.

Share Your Memory of
Patrick
Upload Your Memory View All Memories
Be the first to upload a memory!
Share A Memory
Send Flowers