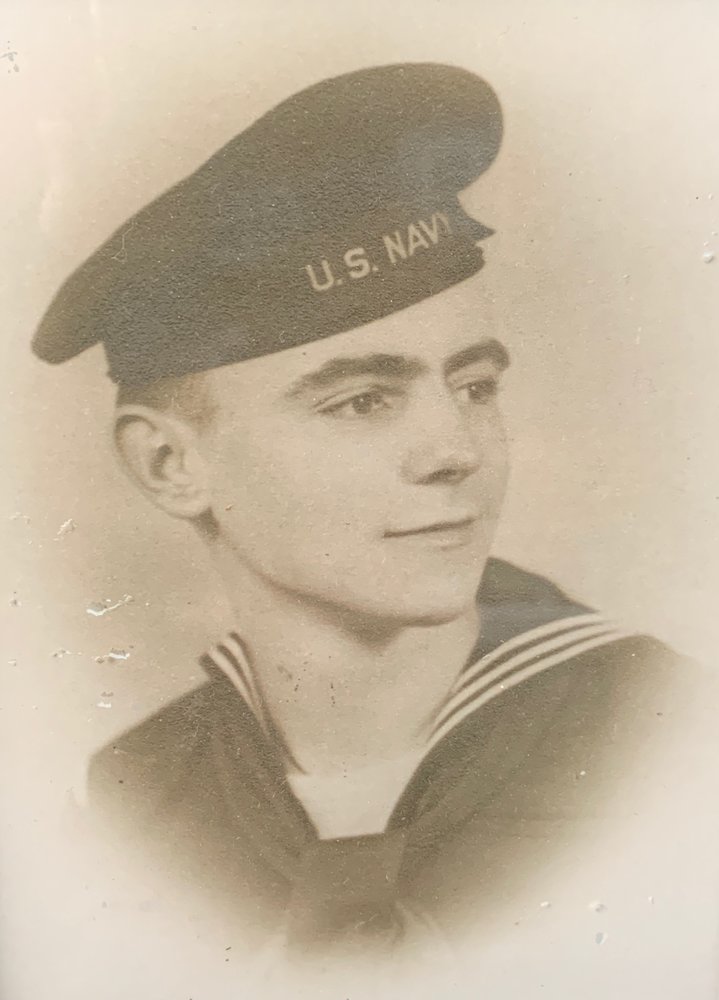 Born on September 10, 1925 in Irvington, NJ, he was the son of Matthew Griffin Carter and Edna Mae Higgenbotham.  In addition to his parents, he was preceded in death by his sister Catherine and wife of almost 50 years, Mercedes M. Carter.

Immediately following his high school graduation in 1943, Bill enlisted in the US Navy and rose to the rank of Second Class Petty Officer having served 3 years as a combat veteran in the Pacific theatre during World War II.  He was a navigator onboard several Navy landing crafts during numerous Allied invasions.

Following the War, Bill attended and graduated from the school of business at Fordham University.  Bill was an accomplished businessman who spent the majority of his career working for St. Paul Insurance Company.   It is said that he had the ability to sell a drowning man a glass of water.  He married Mercedes M. Donohue on May 2, 1953 and helped raise a loving family of 8 children, 20 grandchildren, and 2 great grandchildren.  Bill was an avid New York Yankees and Washington Redskins fan, as well as a remote control model airplane hobby enthusiast.  He was a devout Roman Catholic who worked tirelessly to start St. Thomas Aquinas Catholic School in Woodbridge, VA in the 1970s.  More recently, Bill had been a long standing parishioner of St. Veronica’s Catholic Church in Chantilly, VA, where he volunteered his time and talents to numerous programs in the church and school.  He will be missed by many.

Due to Covid-19 restrictions, the Mass and Quantico National Cemetery burial will be private and limited to invitations only.  We appreciate your understanding in these trying times.

Please be aware that protocols, to include face masks and social distancing due to Covid-19, will be observed at the funeral home, per state restrictions.

In lieu of flowers, memorial donations may be made to Honor Flight Network, 4601 North Fairfax Drive, Suite 1200, Arlington, VA 22203.

Share Your Memory of
William
Upload Your Memory View All Memories
Be the first to upload a memory!
Share A Memory
Send Flowers