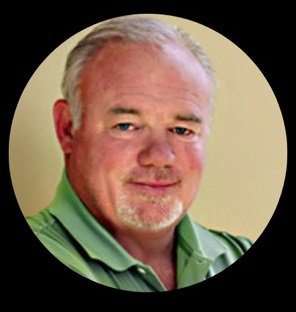 David was born July 16, 1957 in New York, NY, the son of the late Dr. David Cornelius Donovan, II and Elizabeth Ann (Curtin) Donovan.  He grew up in Baltimore County, MD., graduated from Dulaney High School and earned a B.S. Degree in Business Administration from the University of Delaware, where he sported the blue and gold as a midfielder for the Fightin’ Blue Hens lacrosse team.

Dave’s big heart and humanity were ever exemplified through meetings and encounters with friends in AA and his belief in a Higher Power.  Amid his own struggle with addiction he shepherded others in their journey for serenity.  He is truly at peace now.

David was a husband, father, brother, uncle, sponsor, teammate, coach, cousin to dozens in a large Irish clan, a man’s man, and a generous and quiet benefactor to countless friends and strangers alike in their time of need.  His pride in his family was boundless.  His loyalty to family and friends, and certain professional sports teams, was fierce.  An avid sports fan all his life, Dave was on fields playing, on sidelines coaching, in parking lots tailgating, in stands reveling or watching on TV.

True to his Irish heritage and in all settings, he enjoyed the gift of gab and storytelling, oft with a familiar cigar smoked like a boss.   Outspoken, blunt, and strident in his beliefs were traits admired by those who knew Dave…and the same attributes that earned him a record number of trips to Facebook timeout and Twitter exile.

David’s professional career as a sales executive in the field of enterprise computer software spanned 35 years over which his achievements earned him high praise, sometimes record quotas and promotions, but of greatest value to Dave were the professional and personal relationships he cultivated with his partners, colleagues, associates and clients.  Dave was most proud of founding Aequus Strategies Group in 2007 where he thrived as President helping technology companies dominate in the public and private sectors.  Known as “DOD Dave” in the public sector space, he was an American proud of his focus on security solutions for the United States Department of Defense and U.S. Air Force.

David was a big brother to two sisters he cherished and fiercely protected his whole life.  His heart was broken when his sister Julia A. Donovan preceded him in death just eight months ago and is survived by Julie’s children Elizabeth A. Honeywell and James D. Honeywell.  He is also survived by his sister Elizabeth D. MacLeod and brother in law Charles D. MacLeod of Chestertown, MD. and nephews Thomas D. MacLeod and John D. MacLeod and nieces Maureen E. MacLeod and Colleen E. MacLeod.    He is also survived by his mother-in-law Bernadine Farrell and sister-inaw Ann Farrell of Hollidaysburg, PA, and sister-in-law Judy Ward and brother-in-law Bill of Hollidaysburg, PA and nephews Bill T. Ward and Adam P. Ward.

A Funeral Mass will be at 11:00 a.m. on Saturday, October 3, 2020 at Christ The Redeemer Catholic Church in Sterling, Virginia. A reception will follow. Interment will be private on a later date with family.

In lieu of flowers in Dave’s memory, a vote to re-elect Donald J. Trump for President in 2020 will do or donations can be made to the Kidney Project (https://give.vanderbilthealth.org/give/202540#!/donation/checkout)

Share Your Memory of
David
Upload Your Memory View All Memories
Be the first to upload a memory!
Share A Memory
Send Flowers