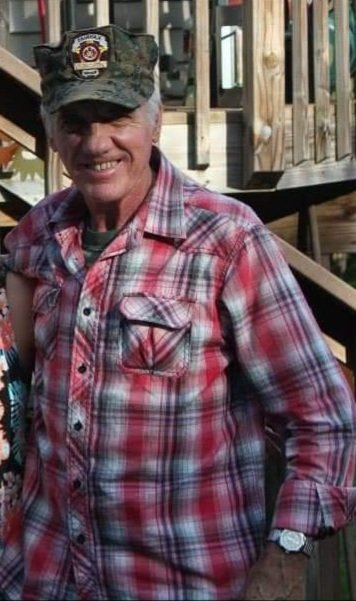 Wilbur Lee Ellmore was born on September 15, 1945 in Great Falls, VA.  Bill, as he came to be known was the 3rd child of Wilbur & Louise Ellmore.  He is survived by his three children Bradley Ellmore (wife Lisa Ellmore),  Leslie Manuel (husband Craig Manuel), Jennifer Smoot (husband Junior Smoot).  He has 14 grandchildren and 3 great grandchildren.  He is also survived by his 4 siblings Nelson Ellmore , Patricia Ellmore, Rodney Ellmore and Sharon Murray.

Bill graduated from Herndon High School in 1963 and was then drafted into The United States Army in 1965.  He excelled during his 2 years of active duty earning E-4 rank along with a good conduct medal, national defense service medal and qualified sharp shooter.  Bill was stationed in Germany for 13 months during his service.

After returning from overseas he married Susan Elaine Niswander on April 6, 1968 and they would be married until her death on December 26, 2019.

Bill started his career in 1968 with the Fairfax County Sheriff’s Department.  During, his 25 year career as a police officer he was awarded many distinguished honors.

In 1970, Bill and Susan started their family having one son and two daughters.   He took pride in his family.  He had a rugged exterior but a soft heart.  He kept old letter and birthday cards.  Little things meant a lot to him.  Bill loved to hunt and work outside.  He was an experienced arborist and also a mechanic.  He was an old school jack of all trades.  When he fixed something, it was fixed for good.  He was a man we looked up to and a man that will be surely missed.  His first grandchild was born in 1989 and that’s when Bill became Dada Bill.  Dada Bill touched each of his 14 grandchildren’s lives.  He lived by example as a man of faith.  His faith dictated all aspects of his life.  He often talked about the night in 1977 when he gave his life to the Lord.   He would boldly speak his testimony of what Jesus did for him.  The Lord used Bill to lead many people to Him.

On December 30, 2020 Bill went home to be with Jesus. I’m certain after thanking the Lord for saving him he went to find the love of his life Susan and give her a huge hug.

Dad give mom a big hug and tell her we love and miss her.  You were a wonderful father and we look forward to giving you our special handshake again one day.  Till we meet again in Heaven we love you!

Share Your Memory of
Wilbur
Upload Your Memory View All Memories
Be the first to upload a memory!
Share A Memory
Send Flowers